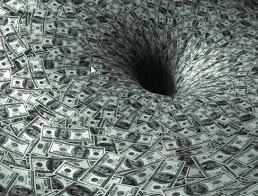 I admit, the title may be a little misleading at first, but if you follow me, it will eventually make sense.

Once upon a time……..our Federal Government had a plan. Revamp the bankruptcy code. Or…fix something that was not broken.  Spear-headed by Citibank, the goal was to make bankruptcy so difficult that very few people would be able to file for bankruptcy protection. This did not happen however. And when the legislation finally passed and the Bankruptcy Reform Act of 2005 was the new law of the land, many economists called it the worst piece of legislation every passed by Washington. Well, a lot has happened since then and it seems Washington has been passing a lot of new legislation, each one worse than the one before it. “Obamacare” anyone?  But I regress.

Many parts of this new law would contradict themselves. One line would say something and the very next line would immediately contradict it. Nobody was able to make any sense of it. (Sound familiar?) It took many years of sifting through this mess before things began to clear up. But, here we are 8 years later, and there are still some loose ends that are being worked out. And this brings us to our topic… the incredibly, mysterious, vanishing income!!!!!! 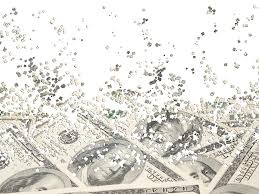 When the bankruptcy reform act was passed, it include a new form called…….The Means Test…..dun..dun…duh!!!!   This beauty was to pit your gross income to the average gross income for the same family size in your state. It was a completely fictional budget that would determine whether or not a person “qualified” for bankruptcy protection. The strange thing was that income under the Social Security Act was not considered to be income for the purpose of this “means test” and was not included. But oddly enough, the bankruptcy petition income schedules were required to include Social Security income.

Many elderly folk were forced into a consolidation bankruptcy called a Chapter 13, which required them to make monthly payments to a bankruptcy trustee. Payments that they could not afford. Others simply did not file and were forced to have to deal with their creditors.

But after years of consideration by the courts, it has finally been determined that income under the Social Security Act is not to be considered as income at all for the purpose of bankruptcy. Finally!  And it only took 8 years!

If you have been told that you do not qualify for Chapter 7 due to your income from Social Security, or if you are currently in a Chapter 13 that is using your income from Social Security, you may want to reconsider. Talk to an attorney and see what can be done. The flood gates have been opened and many people are converting their case or modifying them due to this vanished income. 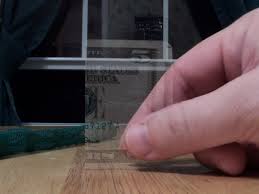 So, if you collect income from Social Security, forget about it. It really is not there…

For the purpose of bankruptcy anyway.

So, maybe in 8 years or so, we will get this Obamacare thing finally straightened out and we can all get our insurance back to normal. But until then, hold on to your hats and glasses, this is going to be a long and bumpy ride.