The death knell of payday lenders. 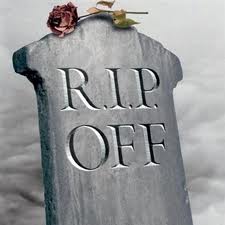 Can you smell it?  The stench of rotten payday loans reeking in the air? Well, after decades of dealing with their insulting and border-line illegal operations, payday lenders may soon be closing shop.

I have often wondered how they could be getting away with their practice. They, like any other predator, would stalk the helpless and desperate. Promising one thing and delivering another. Forcing the desperate to choke down obscene interest rates. But in this day and age many people are just desperate enough to jump into the lion’s den and borrow money from one of these despicable outfits. Only recently have regulations been discussed, by the Consumer Financial Protection Bureau, that would reel in these shady businesses.

Recently I saw a short on HBO hosted by John Oliver and comedian Sarah Silverman, in which they begged Americans to “literally do anything else” than take out payday loans. And I agree. I would prefer borrowing money from a guy named Guido from the loading dock than borrow from these “companies”.

You have heard the phrase “living paycheck to paycheck”. But using a payday loan increases this gap. You are living two to three paychecks behind. You get paid, you pay off the loan, but now you’re out of money, so you borrow again. And if you miss a payment, look out. The customary loan period is 14 days, but after that date, the loan can be rolled over into a new “loan” with interest rates as high as 400%! (currently still legal in some states) And this does not include their “fees” to extend the original loans due date! Yikes! And consider this, four out of five payday loans will default and be rolled into one of these higher rate loans! Not good odds to play with.

Now lets make a bad situation worse. Rather than going to an actual “brick & mortar” office in town, you take the loan on-line. Oops. Now you are, more than likely, borrowing money from an overseas company that does not care about those pesky American laws. And when they cross the line, attempting to collect (and believe me, they will cross the line), good luck trying to contact them with a cease and desist. They can be very aggressive in their collection efforts. They will call your employer, family and friends. They will hunt you….they will find you……..and they will threaten you. 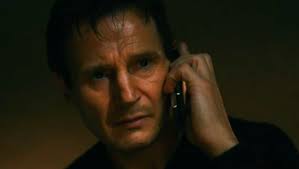 Often, their threats are just that, threats.  They will threaten you with jail. They will tell you that they will send a Sheriff to your work. But rest assured, these are illegal and cannot be done. But just because something is illegal, does not mean the law cannot be broken. They may take money directly from your bank account without notice. This is very illegal but a common practice among these predators. But they sit back in there chairs and say “Whatcha goin’ to do about it?”  And something new in their demented world, “lead generators”. This is where a company (usually online) will charge a “finders fee”, so to speak, to find a company that will loan you money. They will want bank account numbers and Social Security numbers. And once they get the information, and your money, the loan may not actually happen. Now what?

Fortunately, these sort of actions have not gone unnoticed by the powers that be. States are now imposing limits on what these companies can charge. Some states have put a 36% cap on these loans. Others have capped at 16%. And while this has helped close down or limit many of the payday loan stores, it unfortunately has had the effect of growth for the on-line loan companies. Kathleen McGee, chief of the New York State Attorney General’s Internet Bureau said “The online proliferation [of payday lenders] is a product of these companies being able to hide their behavior by virtue of being online in a way that a traditional bricks-and-mortar business that has a street face and signage cannot,” And so, to fight fire with fire (so to speak) an on-line and T.V. campaign has begun to show consumers what these companies really are. To pull back the curtain and reveal the reality of these predatory loans. And warn consumers about the pitfalls of these type of loans.

Recently, the attorney generals in Illinois and New York have taken legal action against these lenders and the companies that refer people to them. So help is coming. But in the meantime, these companies can see the writing on the wall, and realize that their days are numbered. So they have been extremely aggressive both in advertising and in collections efforts. They are gettin’ while the gettin’ is good.

But until they take their final breath, what can you do to protect yourself? Simple…..DON’T DO IT!!  John Oliver said on his HBO special “If you’re thinking about getting a payday loan, pick up the phone, then put it down and do literally anything else.” Look into small personal loans from a bank or credit union. Apply for a low-interest credit card for these financial emergencies. Swallow your pride and ask family or friends for a loan. I would even consider being late on your electric bill until you get the money on your next payday rather than going to a payday advance. Call your credit cards, landlord or utility company and explain the financial situation. They may be willing to work with you. But I would not consider the payday loan even as a “last option”, I would more consider it as a “No-option” In more instances that not, using these types of loans make a bad situation worse.

But if you are already in this situation, and the phone calls and harassment just will not stop. Consider bankruptcy. It works.