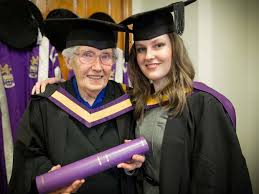 As more and more Americans ready themselves for retirement, a pesky, sometimes forgotten, problem rears it’s ugly head. I’m talking about student loans. We are all aware of the student loans issues plaguing our country. After all, Student Loans, account for almost $1 trillion of debt in America. That’s Trillion….with a “T”!

Many students graduating college find, that once employed, a large chunk of their salary is now going back to pay for the student loans incurred. Yes, this is a burden, but after all, you knew this was going to happen right? School is not free after all. Once upon a time, if you could not afford tuition, you were forced to get a job just to make enough money to pay for college. But not anymore. It is all too easy to obtain a student loan and simply postpone the inevitable. But that is not why we are here today. Today I want to talk about the more burdened in this scenario……the elderly. 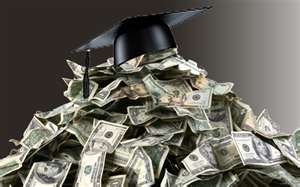 Most people consider student loans as a young persons problem, but according to a Government Accountability Office report released at a Senate Aging Committee hearing, 4% of Americans, aged 65 to 74 carry federal student loan debts. This is up 1% from the prior year. And the total of student loans for this age bracket increased from $2.8 billion in 2005, to $18.2 billion last year!!!

Mid-life can often bring financial stress to one’s life. And furthering your education could be the very fix for this stress. After all, a better education brings a better job which brings better income….right? But unfortunately that is not always the case. And after deferring the loan for several years, the $60,000 student loan is now a $130,000 student loan! And even if you are lucky enough to find a better paying job, you now spend so much of your paycheck to payback the loan that your income is now the same as before. After all the time spent, the stress, the test taking and lack of sleep, you have accomplished a financially lateral move. Kinda’ makes you think, “why bother”. One senior had this too say about her situation “I find it very ironic that I incurred this debt as a way to improve my life, and yet I still sit here today because the debt has become my undoing,”

What’s worse in the case of senior student loans is that this is it. They cannot try again. There is no second act in which to correct the problem. And in many cases, it holds off on people retiring. And at a time when money is tight, the last thing you need to worry about is your Social Security income being garnished to pay back your student loans. Many seniors are battling health problems, death of loved ones, lack of employment and divorce. Student Loans are the last thing that they should be worrying about. That is, until they discover their Social Security check is lighter than normal, or their tax refund has been taken. 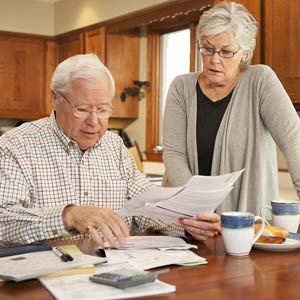 According to the Government Accountability Office, over 25% of loans held by seniors aged 65-74 were currently in default. And those who found their Social Security benefits garnished increased from 31,000 in 2002 to 155,000 in 2013! And this number is poised to increase as more and more Americans move into their retirement years.

So what can be done? Once upon a time, you were able to discharge student loans in bankruptcy, if they met certain criteria. But that changed in 1998 when bankruptcy laws were changed to make student loans non-dischargeable in bankruptcy. With the rare exception of hardship cases, which are nearly impossible to prove. But conversations in Washington have started. And rumors of re-implementing the dischargeability of student loans are beginning to float around. Some are calling for the exemption of Social Security benefits when attempting to collect on student loans.

But until that time, all you can do is hang on. Relief is coming in some form or another. And if laws do change, and it does come down to bankruptcy, I’ll be the first one in line.