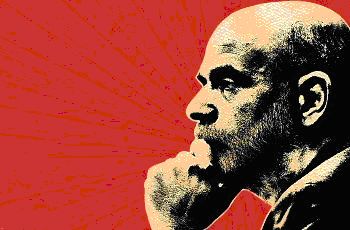 According to “definition”, poverty is an annual income of a little over $11,000 for one person or $22,000 for a family of four. I am not sure where this number comes from, but it is currently the number that will officially call you impoverished. Seems like if this number was doubled it would still be poverty, but that’s just my opinion.

Well, according to a survery by the Associated Press, the number of American’s living in poverty is about to hit it’s highest levels since the 1960’s.  How did this happen? I don’t think it takes a whole lot of thinking to see what has been going on. It’s a tale as old as time…”The rich get richer and the poor get poorer”.

But, I don’t want to discuss the reason for how we got here, quite honestly I was a little taken aback by discussions on how to “fix” the problem.

There has been a lot of complaining about the 1%. “I am the 99%!” and so on. Now with poverty at an all time high, the discussion of “sharing” the wealth is getting louder. Apparently addressing our financial inequality is the only solution to the economic mess. CEO’s and their big bad corporations keep getting richer but my income keeps shrinking! So I grab a Grande Frappachino from my local starbucks, get a sausage McMuffin from McDonalds and drive my giant, gas guzzling SUV to Wall Street and protest big corporate greed! Come on, Starbucks and Chevron, your stock is up, give me some money! Come on…….share!!!!!!

Okay….okay….calm down, I’m not necessarily defending big corporations. When I see the salaries of some of these CEO’s it knocks me out of my chair too. But I get up, wipe the tear from my eye, and I move on.

Telling the government to force these corporations to share the wealth sounds a little bit, to me anyway, like Socialism. Socialism?!  What? Not in my country you say? Well that’s exactly what these “99%” protester’s seem to want. And they may get it. As they say “Be careful what you wish for….you might get it”

Yes, it sucks to be poor. Especially if you have children to support. But to point at corporations and tell them to share the wealth? I’m not sure that is the answer. Sure, it would be nice for these big companies to increase the salaries of their employees. This would help the common workman to go out and spend more money, thus stimulating the economy. But don’t force it by calling for government reform!

Henry Ford may have had the right idea. He was famous for paying his employees well above the average salary for similar positions elsewhere. This way his employees could afford to buy his cars. It worked well for Ford then and may work well for America now. But that was his choice. Not the governments.

The way it sits currently, American corporations are earning higher profits than ever before, while paying their employees the lowest wages they have ever paid. In many cases, the employees are living below the poverty line.

So what are we to do?  At times it appears as though Democracy may have run it’s course. Maybe change wouldn’t be such a bad idea. But then again, Socialism didn’t work so well for the Soviets either. Perhaps a more middle of the ground concept would better serve our country. Or maybe we need something more extreme. Perhaps a Monarchy? Then I, as your ruler, could sit back, relax and count the money that I collected from my royal subjects. Ahhhh…..it’s good to be the king! Okay, that may not be the best way to go either. (unless you’re the king)

Too many times we act too quickly in response to a situation or event. As a child we are taught to count to ten when we are angry so that we can cool off before making a rash decision.  When we become adults we sometimes forget this useful bit of advice and immediately act out, at a time when our emotions are controlling us and we are not thinking clearly.  So when we hear that poverty is at an all time high, we start yelling socialistic concepts at Washington to rush some legislation through to force big corporations to share the wealth with no real consideration as to the potential consequences. In times like this we must slow down, cool off and think carefully before we pass yet another bad law into our system. If not, we will end up with something akin to the new “Health Care Reform” act. Oh yeah…..remember that beauty?  Stay tuned. I have a feeling there is more where that came from.