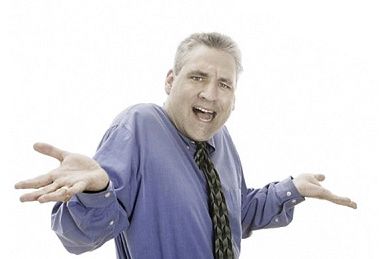 Well, it happened. Your debt load was just too much and you had no choice but to file bankruptcy. Don’t feel bad. Over 1.4 million bankruptcies were filed in 2011 alone. In fact, many famous people have filed for bankruptcy protection. Cyndi Lauper, Tammy Wynette, P.T. Barnum, Walt Disney and even Abraham Lincoln, have all filed for bankruptcy. So, don’t feel so bad, you’re in good company.

The fact is that bankruptcy exists for a purpose. You need a fresh start, a do-over, if you will. Yes…yes…. I know, there are some people that abuse the system, but in most cases, people file bankruptcy because it is necessary.

So, regardless of why you filed, the question remains, “Now what?”

Once your case discharges you can lean back, take a deep breath and relax. Yay! No debts! No harrassing phone calls!  No credit score! Wait……..rats. Yeah I know, your credit score has been damaged, but it doesn’t have to stay that way.

The first, and most common, thought is “I will never apply for a credit card again!”  Sounds good, but believe it or not, it is not a good idea. The fact is, if you do nothing after a bankruptcy, your credit score will remain low for many many years.

Recently, I have had two of my friends tell me that they filed bankruptcy around 3 years ago. One of them told me that he recently ran his credit and was disappointed to see that his credit score was the same as it was right after his bankruptcy case discharged. The other told me that he recently purchased a home, financed a jet ski and had a credit score in the high 600’s.  They both filed about the same time and both had similar debts. So why was there such a difference in their credit scores?

Well, one of them applied for a credit card right after his bankruptcy was completed. Sure, it was a small card with high interest, but he used it. He carried a small balance on it, used it, paid it, used it. After a year or so, he received an offer from a larger bank for a credit card with a larger credit line and lower interest. He got that card and used it. After another year he financed a small car with a small payment. Three years after his bankruptcy, he had a high enough credit score to purchase a home!  All of these methods helped to rebuild his credit score. Credit cards, auto loans and mortgages. The big three. And now his credit is so solid it is like he never filed for bankruptcy.

The other one subscribed to the idea that he will never apply for a credit card again. And so he didn’t. And three years later, his credit score hasn’t changed.

So, doing nothing after a bankruptcy is a bad thing. Do something, but be careful. It can be very easy to over-extend your credit and find yourself in the same boat you were in a couple years ago.

When you do get your new credit card……use it! Leaving an open credit line with no balance is a bad thing. If you get a credit line of $500, carry a balance of around $100-$200 on it. Don’t let your balance get to low or too high. Strange..I know, but true. Too much available credit is bad, and having a balance approaching the credit limit is also bad.

It generally will take two to three years to recover from a bankruptcy filing. They may be difficult, but if you do things right, the benefits from filing bankruptcy and rebuilding your credit score afterwards are huge! Like life itself, good things happen, but you must work for them.

It think it was Socrates that said “Do nothing, and nothing happens.”  Come to think about it, maybe it was Yoda that said it.