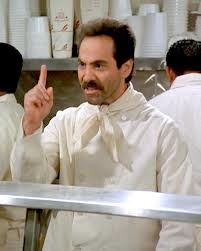 So, Detroit has joined an elite group of municipalities by filing a Chapter 9 bankruptcy. And not just any bankruptcy, but, the largest bankruptcy filing in our nations history. Up until November 2012, Orange County, California held the title for the largest bankruptcy filing with $1.6 billion in debt, then Jefferson County, Alabama filed it’s $4 billion bankruptcy, but now Detroit is poised to overtake that position with their $18 billion beauty. WOW! However, in less than 24 hours after the petition was filed at court, Judge Rosemarie Aguilina denied the bankruptcy stating that it violated the state’s constitution.

24 hours?  How could the largest bankruptcy petition been reviewed and denied in such short a time? Even simple personal bankruptcies take longer to determine. But this Judge must be extremely proficient and organized to come up with such an important decision in such little time. She must be………Super Judge!!! 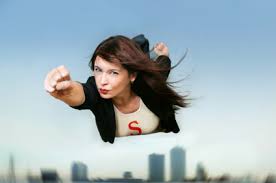 Why this decision was made is anyone’s guess. The fact that the Judge is a Democrat and the Governor is Republican may have something to do with it. But, probably not.  The fact that the city has been riddled with corruption for so long. and now that there is no more money, bankruptcy would just be a simple fix and not a real solution? Perhaps. But I think the real reason behind this extremely quick and potentially devastating decision has more to do with public employee pensions than anything else. The huge amount of taxpayer money going into these unrealistic pensions is staggering. It would take me 4 lifetimes of employment to come close to matching their retirements. And being that a lot of these public employees work at the courthouses, this may  have more to do with the lighting quick denial than anything else.

Regardless of why the bankruptcy was denied, and whether or not this decision will be appealed, the real issue here is the financial collapse of so many cities and counties nationwide of recent.  Even Las Vegas has not been immune to financial woes. In their case, creative thinking may have staved off a bankruptcy filing. They simply declared a state of emergency, which allowed for money to come from the State and Feds to help with their money problems. I also declared a financial state of emergency for myself and my family. But I still haven’t gotten a check from the government. I’m not holding my breath on that one

Michigan Governor Rich Snyder stated that he looks forward to the bankruptcy helping the city of Detroit and that he expects the bankruptcy filing to be over by this time next year and then they can start the rebuilding process. This time next year? Good luck with that. When Orange County filed for Chapter 9 in 1994, it took six years to muddle though it. If this took less than a decade for Detroit to get out of this, I would be shocked.

So.. good luck Detroit. And make sure to say hello to that public employee the next time you see them and congratulate them on there ginormous pension.