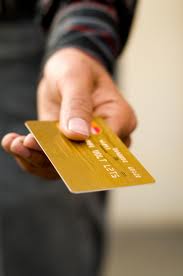 It’s true. Debt collector’s schemes seem to change from time to time. When the public begins to realize what they are doing, they fold up shop and begin with some new scam. The current scam?  Offering credit cards!

How does it work? Well, suppose that the statute of limitations has expired on a bad debt, legally speaking you have no obligation to pay back the debt. But many things can “restart the clock”, so to speak, and extend the statute of limitations. So the debt collector offers you a new credit card. Sounds good. After all, you need to rebuild your credit, and these days everyone needs a credit card just to survive. But, oops! Guess what, they add the balance of your old credit card to the new card. And unless you have read the entire small print you were not aware of this until you get your first statement. Behold…old debt is new debt again.  They can be crafty can’t they?

Debt collectors use all kind of “tools” to get you to send a payment on an old debt. They may threaten you with garnishment, jail time and on some occasions, physical harm!  They sometimes attempt to make you feel guilty and attempt to put some sort of moral twist on it. Oh yes…..morality being explained to me by a debt collector? Talk about the pot calling the kettle black!

After 20 years of working in bankruptcy I have heard many horror stories from debtors of debt collectors and their “moral attempts” to collect debts. On one occasion a debt collector actually told a 5 year child, that his parents were getting a divorce because they could no longer afford him anymore.  Shocking? Absolutely. But consider the story of the debt collectors that built a fake courtroom and held fake trials in front of a fake judge to attempt to scare money out of the unsuspecting debtor! Sound too incredible? It’s true. Erie, Pennsylvania 2010.  Fake sheriffs would show up at the door of a debtor with fake subpoenas and “ordered” them to appear at a fake courtroom! See the story here:  http://www.aolnews.com/2010/11/09/authorities-say-debt-collectors-used-fake-subpoenas-courtroom/

Okay, go ahead and pick your jaw up off the floor. The tactics used by debt collectors appears to know no boundaries. Nothing is off limits. If they get caught, or if the public gets wise to their shenanigans, then they simply pack up and move on.  If you look at it in this light, it almost sounds like grifting, doesn’t it? Scam… then move on.  Unfortunately, this sort of scam on most occasions seems to go on without much notice or government intervention. Why? Well after all, the money is owed isn’t it? And who could blame the debt collectors for attempting to get paid? But understand,  most people that are not paying their debts don’t really want to be in that situation. Most people would love to be in a financial situation where they could pay their debts. But alas, medical emergencies, unemployment and divorce do happen. And in a vast majority of cases, the debtor is simply unable to pay the debt back, not unwilling.

So beware! Watch what you do carefully.  If a debt collector contacts you and offers you a credit card. Politely turn him down. (Do not mention the old debt as that could possibly reset the statute of limitations). If you need a credit card, consider a secured card. Most banks offer this. There a many ways to get a new credit card, but getting one from a debt collector may not be such a wise choice. And remember, if a debt collector calls you, do not just assume that he is shootin’ ya straight.