Attack of the Zombie Title! 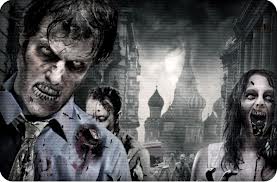 Zombies are so hot right now!

And with the housing market situation also being so hot right now, I guess the following is to be expected. 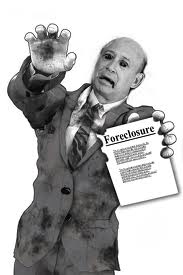 So just what is a “Zombie Title” you ask? Well it goes something like this…..The mortgage company sends out a Notice of Intent to Foreclose. This notice is different from state to state. In California it’s called a “Notice of Default”. The homeowner, thinking that it’s over, vacates the property. Then the mortgage company changes it’s mind. Perhaps it is just to expensive to foreclose on the property. Perhaps their desk is just too full of paperwork and they don’t want to deal with it. But for whatever reason, the property never forecloses and the homeowner is not informed. Fast forward a couple of years. The house is still considered owned by the homeowner, who has been living the past years in a small dilapitated apartment, just trying to get by. When suddenly he recieves a bill from the county or the city or the assocation billing him for services for yard work. Weeding, lawn mowing, painting etc… or worse, it’s the tax collector coming after him for years of unpaid property taxes! What?!?! How does this happen?

The biggest reason I think this happens is that the same mortgage companies that started this housing disaster are just walking away from it, with total impunity! But we will get to that in a moment.

Recently I read an article regarding a gentleman that vacated his property after he was notified by Chase Mortgage, that his house was in foreclosure. This was in 2008. Then in 2010 he was sued by the county for violation of the local housing code. The house was in shambles, partly in fault to the various squatters that had been living there. This was followed by the tax collectors threats for back property taxes, sewer fees and bills for weed and waste removal. Then to add insult to injury, Chase Mortgage began to aggresively pursue him for the unpaid mortgage payments, which had mounted to over $85,000.00!!!  That’s right..the same people that had decided to change their mind without notifying the homeowner were now billing him and threatening to take him to court! What a world!

It only went downhill from there. Now with his medical condition worsening, liver disease, hepatitis C and tuberculosis, he decided to apply for disability with the Social Security Administration, to help with medical costs. He was promptly denied. Why? Because of the “asset” still sitting vacant rendered him ineligible. So now he sits, unable to get the liver transplant he desperately needs to stay alive. What a nightmare!

Unfortunately, he is not alone in this nightmare. Thousands of homeowners are finding themselves in similar situations. Legally liable for a house that they thought had long since foreclosed.

“The banks are just deciding not to foreclose, even though the homeowners never caught up with their payments,” says Daren Blomquist, vice president at RealtyTrac, a real-estate information company in Irvine, California.

Of the approximate 10 million home that fell into foreclosure since 2006, it is estimated that 2 million have never come out of the foreclosure. Sitting in limbo, not alive and not dead!. To some of these homeowners this has been a windfall. They have lived for years, virtually rent-free! Living in houses mostly forgotten by the mortgage lenders. Others homeowners have been tied up in the infamous “robo-signing” scandal. But for some, the some that thought they were doing the right thing, it has been a nightmare they cannot awake from.

In some of these cases, the properties have actually exploded! Like in boom! No more house, just a pile of smoldering lumber. This as a result of gas that was never shut off. Oops. 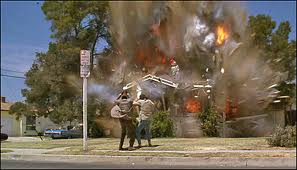 In some cities, people with zombie titles can be sentenced to probation – with the threat of jail if they don’t bring their houses into compliance.

“These people have become like indentured serfs, with all of the responsibilities for the properties but none of the rights,” says retired Cleveland-Marshall College of Law Professor Kermit Lind.

So again I ask “Why?”. Why is the little guy responsible and the large mortgage company that started the mess in the first place just sitting there with apparent complete impunity?

Money. It seems as though that is always the reasoning behind things like this. Money.

After the housing crash, financial institutions soon realized that foreclosing on a decaying house in a neighborhood already swamped with other foreclosures would not pay anything close to what is owed to them. Rather that going through the costly procedure to foreclose, it was more financial viable to them just to write off the debt and at least take the benefits from insurance, taxes and other accounting benefits. Money, money, money! And to further benefit themselves they could actually “sell” the bad debt to collectors. Wow! All of the benefits with none of the responsibilities. Pretty good deal if you ask me.

But is this legal? Of course! There are currently no regulations in place that actually require a bank to let the homeowner know when they change their minds about a foreclosure!  Judge Patrick Carney of the Buffalo, New York, Housing Court has stated, in regards to the zombie title mess,  “The whole situation is surreal”.

Marlon Sheafe, a grandfather of three, suffering from advanced cancer, was recently put on probation and unless he fixes the issues with “his” property, he will go to jail in May 2014. He now visits the vacant property once a week just to maintain the property as best he can. “There is no end to this” he says. “I can’t win.”

David Volker, unable to keep up with his mortgage payments, after his contracting business dried up, was ordered to appear at the Buffalo Housing Court, after numerous complaints by neighbors regarding the condition of the vacant house. When he went to pay a visit to the property, he found the front yard had become a dump for discarded tires and appliances. Windows were broken, walls destroyed, he even found that the toilets had been removed. When he appeared at court, Judge Carney informed him that he was still the legal owner of the property and was still responsible for its condition. “I was stunned,” Volker says. “I never for a moment thought I still owned this house.” He has attempted short sales with the lender, HSBC, but is continually denied. $1,000 in water and trash bills, and a possible $30,000 fee for demolition by the city in they decide the house is a safety hazard and must be torn down.

Richard Chavarry left his house in Victorville, California after being told his property was in foreclosure. He moved to Los Angeles and moved on with his life. But, unbeknownst to him IndyMac had cancelled the foreclosure. Two years later, he started getting citations in the mail for code violations. His tax refund was seized to pay for the costs of graffiti removal and boarding up the windows. He attempted to file a Deed in Lieu of Foreclosure but the bank refused it! He currently owes $5,731 in back taxes and fines.

Joseph Keller of Columbus Ohio, suffers from a diseased liver. He cannot sit, stand or sleep more than 15 minutes at a time. He makes a monthly trip to the emergency room to drain excess fluid from his abdomen. After he was notified that his house was in foreclosure he moved into his daughter’s dining room. $11,759 in back property taxes and offer to settle the mortgage of $25,259.41. He was denied Social Security benefits based on his “asset” and was told the process to appeal could take two months. He responded that he might not be around that long. The Judge sent the case back to the local office after it was determined that that house was virtually worthless. Mr. Keller still has no benefits. “He’s dying,” says Keller’s daughter, Barbara. “He needs his name off this house.”

But it is not just money and headaches for the homeowner that come as a result of these zombie titles, it is physical injury and sometimes death! Squatters cooking fires, living rooms turned into meth labs and leaky gas pipes have turned numerous houses into raging infernos. “We are seeing more and more close calls,” says Mark McDonald, a former natural gas public safety worker who now runs the New England Gas Workers Association. “These houses are a formula for disaster.”

Whenever someone comes up with an idea to help the issue, it seems as though the banks oppose it. Miami, Detroit and Las Vegas have created registries to keep tabs on these types of properties. But the Mortgage Bankers Associations fought to oppose it. And even when registries are required, they are often not enforced. Budget cutbacks means there is no staff to monitor the properties.

Someday all of this will be behind us. Someday we can look back on all of this, shake our heads and say “remember when….?” And while the real estate industry recently stated that the worst is behind us, there are thousands of people that apparently have received life sentences as a result of the real estate crisis. And, as is so often the case, the little guy will end up paying the price. 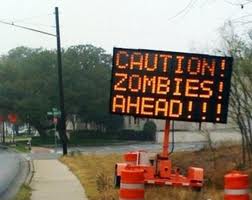