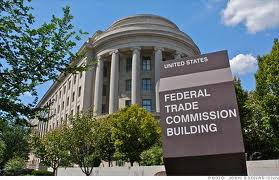 I’ve never been one to say “I told you so” but…..okay maybe I am. I told you so. In a recent blog, I talked about the debt collectors and their “shady” collection methods. Well it appears as though the government may be tired of their shenanigans as well.

On Monday, the Federal Trade Commission levied the second largest fine in history against Asset Accpetance in the amount of $2.5 Million for violation of the Fair Trade Act. Apparently Asset Acceptance was……wait for it…….deceiving consumers when trying to collect old debts.  Shocking?  Not these days. Collection agencies will do anything in the hopes that you will send money their way, whether it is owed or not!

The Federal Trade Commission has begun an aggressive patrol of the collection industry. In the last two years they have pursued eight cases in relation to debt collection. “Our attention to debt collection has increased over the past couple of years because the complaints have been on the rise,” said J. Reilly Dolan, assistant director for the F.T.C.’s division of financial practices.

In 2010, over 140,000 complaints were filed against collection agencies! An increase of over 17 percent!

The charges against Asset Acceptance are varied, but include failure to tell consumers that they could no longer be sued for failing to pay some debts because the debts were too old. The Statute of Limitations – the time limit for creditors to collect a debt- can be reset for several reasons, including making a payment. So if a debt was about to expire, they would harass a payment out of a debtor just to extend the deadline. Naughty… naughty. Once the deadline was extended they were then free to sue a debtor for the balance.

Pursuant to the settlement with Asset Acceptance, they must now inform a consumer whose debt is too old to be collected that they will not sue. They must also investigate the validity of any debt they attempt to collect, and they are barred from putting debts on credit reports without first notifying the consumer.

Okay…so they had the second largest fine levied against them, so who, you ask, was the largest? Well, that honor goes to West Asset Management. In March 2010, they had to pay $2.8 million! The charges? Calling consumers multiple times a day, using rude language and attempting to collect on debts that were not even theirs. Sound familiar? My prior post mentioned a creditor threatening a small child! Good grief. How could that collector sleep at night?

Attempting to collect a debt is not necessarily a bad thing. The money is owed after all. But there must be some sort of professionalism and courtesy when doing it. It is nice to see big brother doing some good for a change and actually coming to the aid of the average citizen in a situation like this. In fact the Federal Trade Commission has recently stated that debt collection enforcement would remain a top priority. But you should still know your rights as a consumer. Do not take anything a collector has to say as gospel truth. Do not agree to anything, sign anything, or certainly make a payment on an old debt without first doing your research.

Some people may think that now that debt collector are being sanctioned for their bad behavior, perhaps they will stop being so aggressive. I believe that their thoughts is more of a “We need to make more revenue to make up for these fines”  The end result of all this may be that the collection agency will be more aggressive now then ever before.